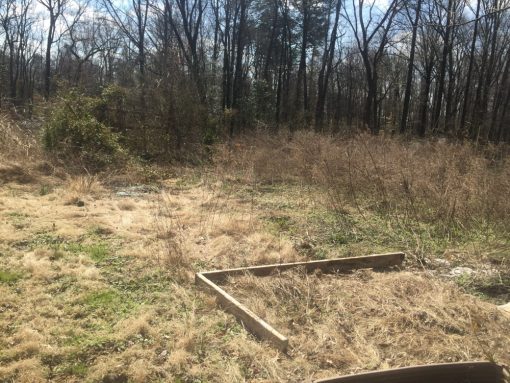 This was my first season to have my very own garden plot (30 x 30) in the Greenbelt community garden off of Gardenway.   And wow, I have to say, it was an incredible journey since March.  First, I was greeted by a ton of knee-high weeds to clear all out.  There were also old bags and rusty looking poles that I guess were used for previous gardening tasks.  March and April were just months of cleaning and digging out.

Sometime in April, I rented a tiller from Home Depot and cleared out space. I even had a soil test taken by Penn State University’s lab, which reported to just use  10-10-10 garden fertilizer (nitrogen, available phosphate and soluble potash).  I bought bags of LeafGro compost too to help with nutrients.

In the available raised beds, I planted Dutch onion, carrot, beets, and potatoes, and brussels spouts. Then I dug up 3 trenches and planted peppers, squash, and soybean.  I also put down sign poles to build a DIY bean garden.  Then, I laid out plastic red tarp and made a tomato plot.

Well, in all my efforts, it mostly failed.  The poor drainage and the dryness of the soil was totally a disaster in the summer months.  There are bugs EVERYWHERE too.  One day, I came by the garden plot and they ate all the leaves off of the brussel sprouts. They were just sticks in the ground.  I bought some organic Espoma pesticide spray but alas, nothing helped.

The hardest part of the gardening was the watering. I carried three 15-pound plastic water jugs (the kind that you use for water dispensers) to and from the garden. I filled them up at the GHI administrative building and then put them in my car and then drove them to the garden, which I had to carry a few hundred feet to get to my plot.  This task like took me an hour to do. 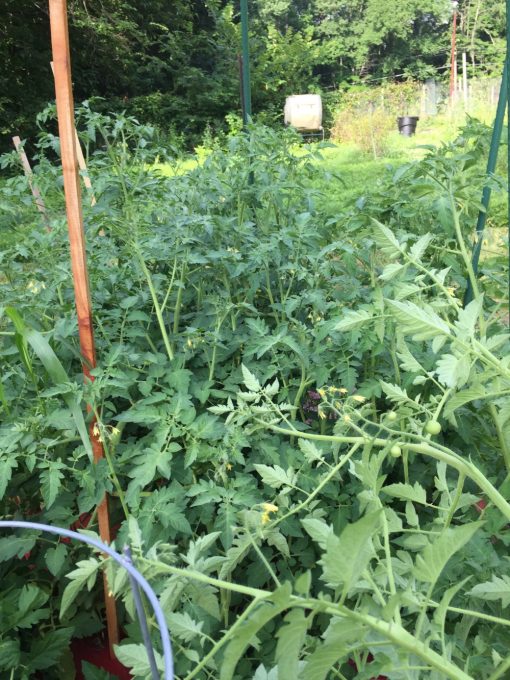 On a more positive note the good thing that came out of this garden were the tomatoes and some beans, and like 2-3 medium squash.  The soybean plant is still growing so I don’t have anything to report on that (it takes 100 days to mature).

In the fall, I’m going to try my hand at kale and broccoli and see if I actually have any luck, and without any bugs… to be continued! 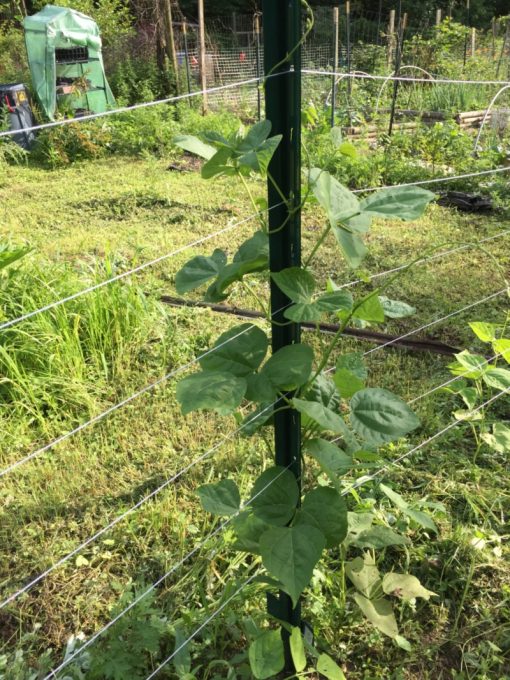